Persona vs. Shadow Self... Can you dance with your demons 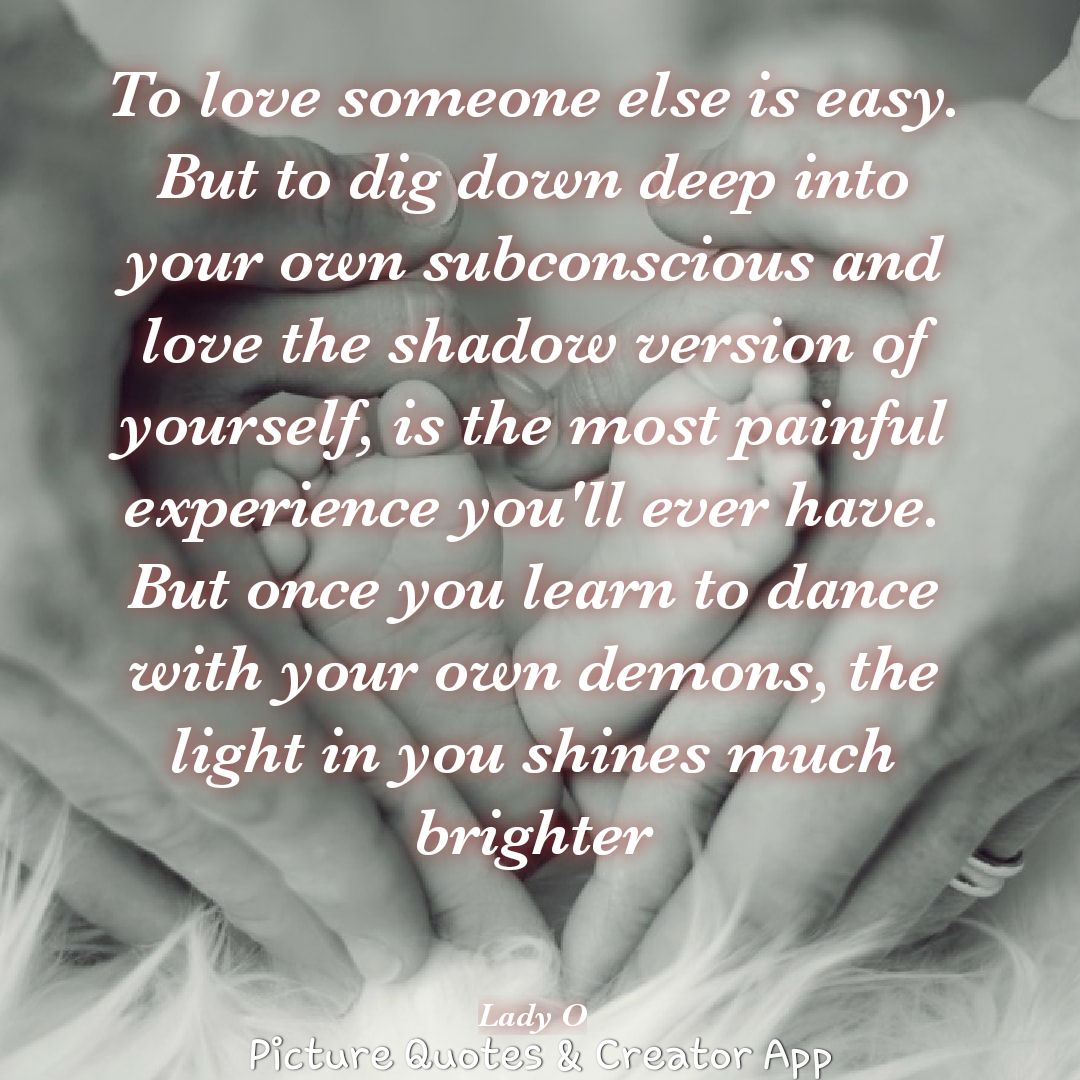 "…Persona vs. Shadow self. This well was inspired by Fried Oreos, the serene Death of Comfort. So I want to thank you first for even doing that swell cast, because it really brought so so much I felt it opened up a whole new wave of conversation. When we talk about persona, we're talking about that part of ourselves that the world sees, that people see that people know. But then there's the shadow self.…"

"…Lady. Oh, great swell. I just wanted to take the time and do a quick response and say that this has opened up a lot of ideas and thoughts to me. And when I can compose a better response, I will do so tomorrow. Thank you for the swell though. And the thoughts and ideas. I hope to have an update tomorrow. Professor, 42 out of.…"

"…So I'll continue to dance with the devil and maybe every now and then I get a little better with each dance. Step maneuver at least to stop the dancing after a while.…"

"…But I think for myself I want to be so light by the end of my life that I'm just this one source of light, that all the feelings and things that I think I want others to feel, I want to feel them myself.…"

"…Deborah, I find it interesting that you phrased it as shedding the shadow. It's if this is something you can get rid of over time, I don't really know that's how it works. The shadow work theory and with Carl Young in psychology, which had a big instrumental component in the shadow work, and it's something that we all have. We're all capable of evil things. But I can understand for your philosophy and your train of thought, you just will not accept that.…"

"…So I don't keep them in like a suitcase under my cloak. A lot of people feel very confident that they can keep their shadows. It adds to the density of who they are. And it makes them embrace the duality. Sorry. My phone just rang. I was talking about the duality. Yes, the ability for us to just become more of who we are. Embracing all those parts. For me, the visual dictates that I want to be lighter, I want to be less burdened.…"

"…All is forgiven, Deborah, for I have done the work and understood the triggers that were involved at the time. I'm just simply reiterating what I I feel compelled to visualize where Shadow works in function. That's all. But thank you for responding him back to me.…"

"…I would get into fights, confrontations, and genuinely leap at the opportunity to sign someone up who I thought was purposely trying to insult or belittle me over time through maturity and different outlets. I've overcame much of that, and I think in general a lot of people share these very same qualities, but I also think some have a much broader spectrum.…"

"…I think it was infinite or either Friday or someone that was talking about this idea of I remember the word. It was a really nice word of how all these things sort of come to a marriage together, all your parts, your good parts and your bad parts. And then that's how you can really have peace. Maybe, Deborah, I don't know, some whoever is listening to this help me out, out. But thank you so much, ladyo. Truly, truly appreciated this.…"

This was soo good @LadyO

"…What is it that I'm so afraid of? That makes me feel like I need to hold on so tight and try to control every situation. And it was because I've always lost control. It's always been taken away from me. And so now at this age, I want to hold on to control. I want people to do what I want them to do. I want them to reciprocate the love that I give to them.…"

"…Hey, Taya. So I would question you in the resentment and anger. How are you dealing with that in terms of your shadow self? It's wonderful to embrace, but it's also good to understand it and be aware of it. Like I said, I know for myself the control I'm working on. It the fear. I don't understand it yet. I really don't understand it.…"

"…Lydio just sending another response to your response to my swell about your swell. Really enjoyed your thoughts. I definitely do see more of your personality in me and sort of dealing with internal conflict for me. Luckily, I found outlets. I know this is probably going to sound cliche, but before Covet hit for many number of years, I was the gym goer, the person that sort of went at times like two to three in the morning to sort of work things out.…"

"…Hey, Opie, thank you so much for responding with regards to that. I mean, I am aware of those things about myself now, aware of and why so in the habit of of practicing honesty in a way that I've never have before in my life and taking accountability into my actions that create circumstances that create these things. So the little games we play with ourselves sometimes. But you do things for people with a certain type of expectation.…"

@LadyO I’m good, I.e. is working towards it daily 😁

Persona vs. Shadow Self... Can you dance with your demons