Has music ever offended you? 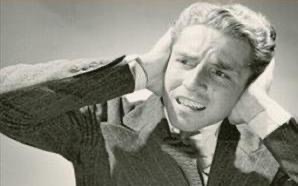 "…She even liked this artist called PM Dawn, which at the time I thought was so obnoxious, but it grew on me. So I'm not saying I hate the south hip hop music now, but at the time, I truly hated it. I did not like it. I was against it. I was totally a typical underground hip hop guy talking about just killing hip hop music. And these people don't know how to rap.…"

What would it take for you to turn the song off and ingore it for good? #music

"…Okay. I have this really weird relationship with music. I love it, I love the way it makes me feel, I love the sound of it and so on. But if you ask me to tell you who the artist is that sings it or makes the song, or the song title, or even some of the lyrics, I couldn't tell you. I remember way back Come Today, my brother introduced me to a song called Lightning Crashes.…"

@FryedOreo Warning! ⚠ Potentially offensive lyrics ahead. Plus a brain fried, silly me. 🤪😆

"…Like for me, I have kind of lessened sorry, loosened up my strict nature of how I evaluate music and I kind of just realized some stuff is just meant to be what it is and not everything needs to be deep and profound and have 100 different meanings to it sometimes. And I think sometimes too, that can almost be acidic to what music is supposed to be. If you're thinking too much, it probably is not having the intended effect.…"

@SeekingPlumb i have some questions.

"…Even Christian rock was considered out of bounds, so we're talking super narrow. I started sneaking other types of music when I got older to where I'm at now, which obviously you've heard some of the songs that I was mentioning that are on my current playlist. But as to whether what lyrics I catch or stick or what have you, some of this, I think, is related to how my brain is wired.…"

"…But true enough, some of the young kids now, and just as a side, a lot of kids in the south, if you go to the underground scene of hip hop in the south, it's real MCs down there. It's not mumbling, they're not mumbling, they're doing what everybody else is doing because the core of hip hop is alive and it's underground where it's always been, and that's where they spit bars at. And that's all about bars.…"

"…So I think being offended why are you looking in the fridge? What's supposed to be in there? Yeah, get one. But yeah, that's very fascinating with you. I guess my next question on Another Swell should be what movies have offended you? I think there's probably been more movies that have kind of done that for me. Music, it doesn't do that as much for me. It's just that yeah. I don't know.…"

"…We all got our viewpoints with what we regard is interesting. I'm into some current hip hop outside of Kendrick that I know a lot of people wouldn't like, and that's fine. It's probably more the reason why I enjoy it. They actually have this subsect of kind of mumble wrap. It's called introverted wrap.…"

"…But in moving further along in my life and evaluating what I find important or not, moral or not, et cetera, et cetera, there was a shuffling of significance of things that we deem right or wrong and are they really right or wrong because a particular group says so or the masses say so or whatever, right?…"

"…Yes, definitely. I have a really open mind when it comes to music and whatnot I can respect. You know, of course, some music I don't care for, but I have a hard time with the death metal thing. I really can't. I am a lyrical person. So hearing what people are trying to communicate in their songs or the feeling I have to be able to understand it. And I don't know what I don't know. They're just mad, very mad.…"

"…Oh, the black metal? Actually, probably, yeah. I don't know if it offends me. It's just that I can't listen to that at full volume. My ears would hurt. But I have friends who are into that and that's cool. Hey, that's cool. Excuse me. I don't know why I have the hiccups at this ungodly hour of 09:36 p.m.. But anyway, it's very funny.…"

"…But I do have songs that make me feel a certain way, like sad or happy or whatever. But I don't think I get offended easily. I think that's just me, though. I just don't get offended by music or people so easily. I used to, and I think it's just because maybe that's because people used to offend me so much that now I'm like, I'm numb to it.…"

"…I'm gonna say, I just have to say thank you for reminding me about the Little John song, to the Window to the Wall. I forgot about it. It was one of those songs I loved. And my friend and I, when we were in Vegas, every once in a while, just to like mix it up when things were too serious, we'd like mouth the lyrics to each other from across the space or text it to each other.…"

"…And yeah, sometimes the fitness centers, I don't know if that's exactly where you work at, but yeah, they can play some music that's like, what the h***? Honestly, this is a weird thing about me. When I work out, I don't like to hear music. I really just like to focus on what I'm doing. It pulls me out of focus when I'm listening to music with working out. So I kind of stay away from it.…"

"…It was like an old song from the heavy metal type. But I remember being someone offended because I don't know why I thought he was talking about I thought the artist didn't like children and he wants them to go to h***. I was a child back then. I was a kid, so I was somewhat offended. But yeah, for the most part, no, I don't get offended.…"

"…But also, it's good you have the foresight to know that, hey, it's not my thing. But if it's somebody else's, that's cool, because I don't know, something about that kind of bothers me even. I've heard some racist rap songs before, and me, I've laughed at them. It means nothing to me, honestly. But it's funny that it's almost like an oxymoron.…"

"…I hate this new trend of rappers, particularly like those in the mumble rap community and I guess we'd include like Cardi B and Megan the Stallion in this. But their use of certain language is way overboard. Like to the point where they're using the same word to rhyme several sentences consecutively. I think it is remarkably lazy. And also it just sounds bad. Like some lines that are said in certain songs by those performers are straight up gross. You know what I mean?…"

I LOVE hip hop, but some of the lyricism these days is off the rails

"…I'm a big heavy metal fan and there are a couple of genres within heavy metal that I think are just total garbage for a myriad of reasons. But like grindcore and slam bands, some of them are putting out nonsense music. It's literal noise. There's not really a lot to it. And I'm talking like 42nd tracks, you know what I mean? Like literal just previews of songs, air quotes.…"

"…I noticed at times the really popular rap songs in some ways have sort of similar I mean, we all know music notes, the notes in music, chord progressions and stuff don't really change all that much over time. So it seems to be a familial pattern in the pop music. And rap definitely seems to be taking advantage of that. Yeah. And as far as bad music for me, Imagine Dragons, that's what my kids like.…"

"…But that's not the music, that's just background sound. The music is just screams of fear and pain and terror and crap like that that I'd actually be interested to listen to. It was because I'm an audio file, I'd be strangely interested to hear that. But Dubstep, that makes me want to have those literal serious screams of pain and agony. Otherwise, yeah, listen to your Run DMC or listen to some rival.…"

"…I'm sorry that that offends you. That probably offended offended you with what I just did. Will you forgive me?…"

Has music ever offended you?