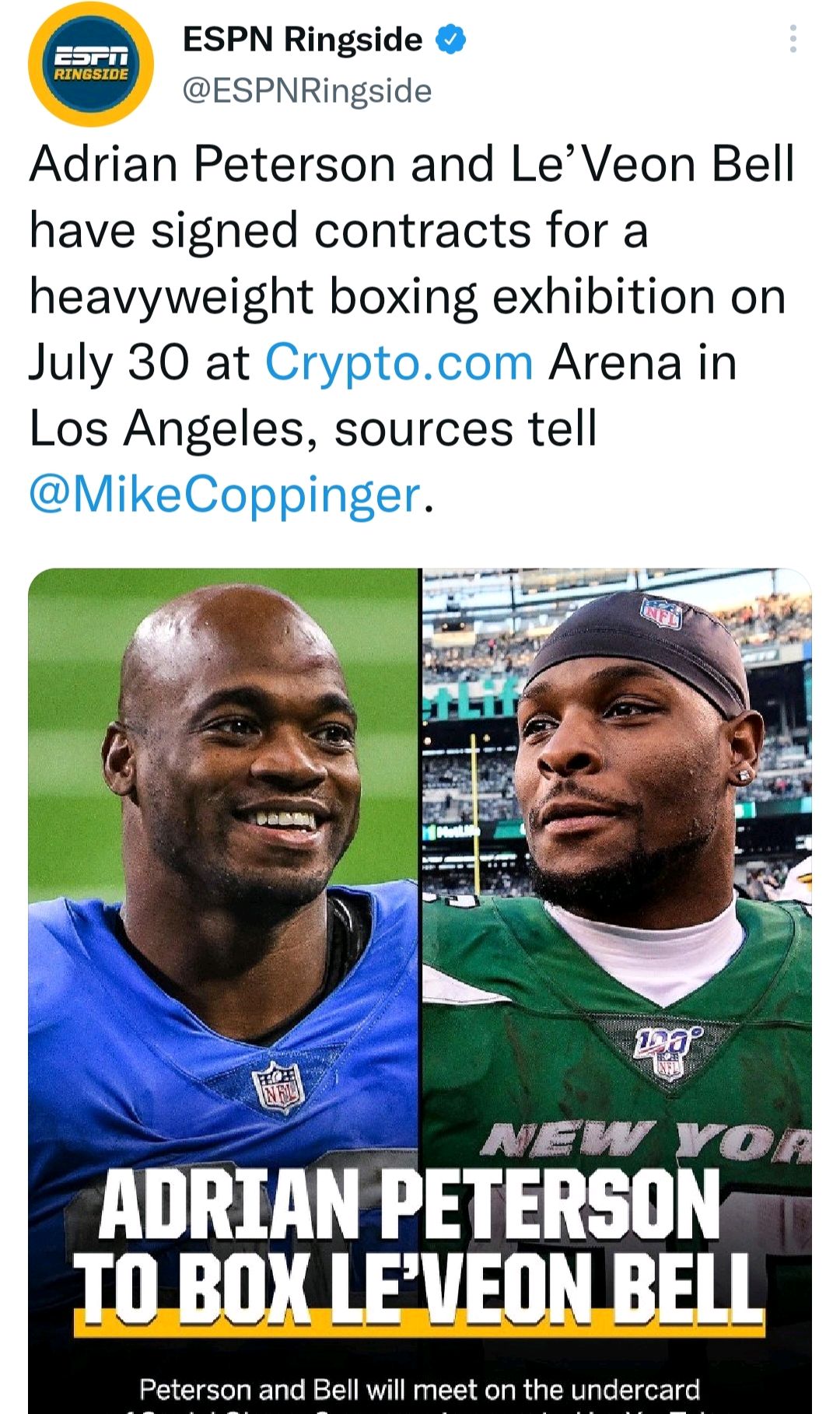 "…There are some former NFL players and former football players that have tried to make the transition into the ring. Most have had very little success. I think so many of them, like Ray Edwards, by the way, I judged one of Ray Edwards professional fights, by the way, but him, Mark Gastono, the defensive back from Notre Dame.…"

Two former All Pro RBs going at it in the ring

"…But with that being said, I still think this is going to be cool and cool to see and I think it hopefully is a good boxing match and it'll be cool to see. Let me know what your thoughts on me saying it might be a money grab, but yeah mean no.…"

"…So I don't really have a grasp of who I want or who's going to win or who I bet on at the moment. But it is interesting to see what type of videos they come out for this fight, what type of work they send out on Twitter and whatnot. So it's it'll be cool to see how they promote the fight and how they get people to watch it, because I definitely think people will watch this fight.…"

"…Because the thing is this, it's built as an exhibition, but just like the Mike Tyson with the Roy Jones, mike does not know how to fight exhibition style, you know what I mean? He really doesn't. Maybe he does to an extent, because I'm sure he had some agreements made with Roy because I didn't see Mike head hunting that much during that fight. But he was going to that body. He was trying to get him.…"

"…I don't think they did much anything about as I remember, but the boxing purists complain about these fights, but it's like, well then have boxing do something about it. They only have themselves to blame. The fighters don't fight enough. They don't have a big enough pool to build fan bases around most of these guys. And so what ends up happening is nobody knows who these guys are. They're not name recognizable.…"