End of an Era: What are your memories of the iPod? 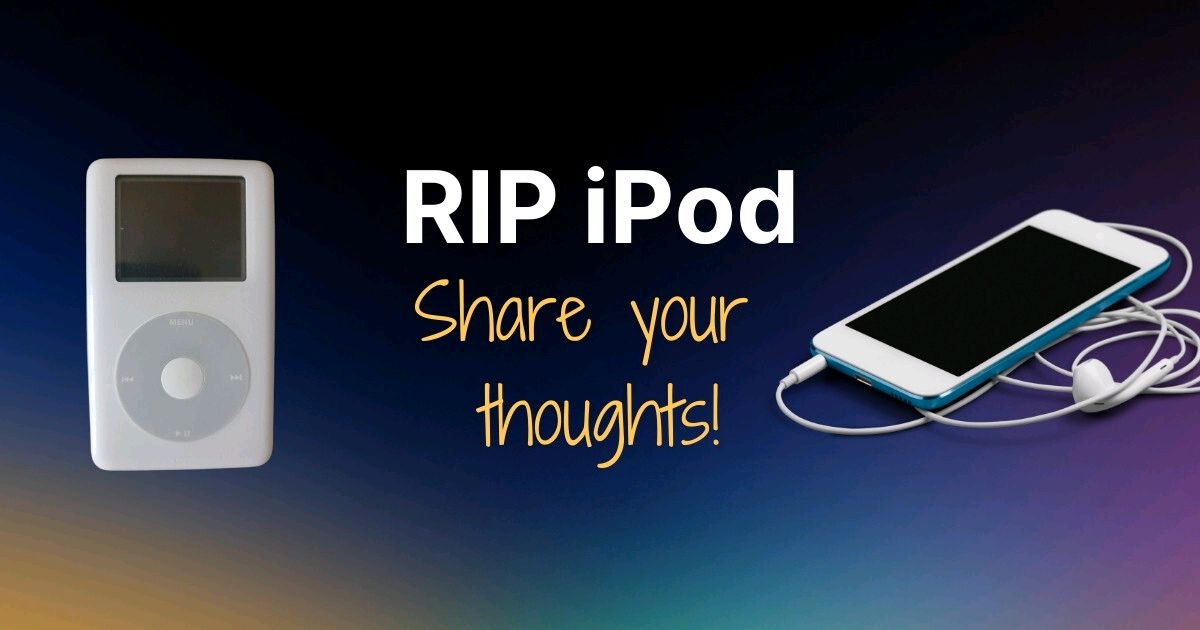 "…Now I can remember when it was first announced that they were leasing this product. It carried a $400 price tag and I was not the only one that kind of balked at the idea of paying $400 for what we saw as a glorified Walkman. But I worked in tech and a lot of people went in right away. They got on itunes, they had itunes in the office and they shared music, they shared their library with everybody else and I felt like I was missing out.…"

"…When I found out they were discontinuing the ipod, I was like, kind of sad because that was my first real electronic. And I had a little mini ipod Nano. I think it was like the ones that were the little tiny squares. And I loved did. And I had all my Taylor Swift, all my Jonas Brothers, absolutely everything on it. And it's so sad that other people aren't going to be able to make those same memories with them growing up.…"

"…End of an era. The ipod no more. Interestingly enough, if you kept any of your old ipods, some of them actually still work. Like I have the fourth Gen ipod. I think it was the first one with the click wheel, and it still works. And it has a number of my really cool playlists that I had made, sort of like my own mixtapes that I took to a lot of gigs and played in between bands performing. It was my way to provide music.…"

"…But yes, and I have very fond memories of traveling, listening to music on my ipod for years together. And it sort of made my experience of travelling long hours that would have become something to endure, actually came moments to cherish. Thanks to this ipod. Yeah. So that was how it was for me.…"

"…I but yeah, it's an end of an era, but I don't really know. Many people use spade, so I think it's okay that they're gone. But we'll always remember.…"

"…And it makes sense as to now why it's phased out because if you give it too much functionality as a telecommunication device like a phone, what's the point of the iPhone? And if you make it any bigger? Well there's an spade for that. So I was actually going to get my youngest daughter an ipod Touch. I mean I still technically can. It just won't be supported and I'm unaware of the speaker quality like the volume.…"

Those were the days. 📲

"…And I think people even fought back a little bit further and just said, hey, this is just a bridge too far. I'm going back to vinyl and the analog recording because it's so much better. And I just don't think it's any coincidence that vinyl sales increased at the same time as ipod sales. Now it dwarfs in comparison. But I thought it was just interesting that the rise of vinyl kind of occurred over the lifetime of the ipod.…" 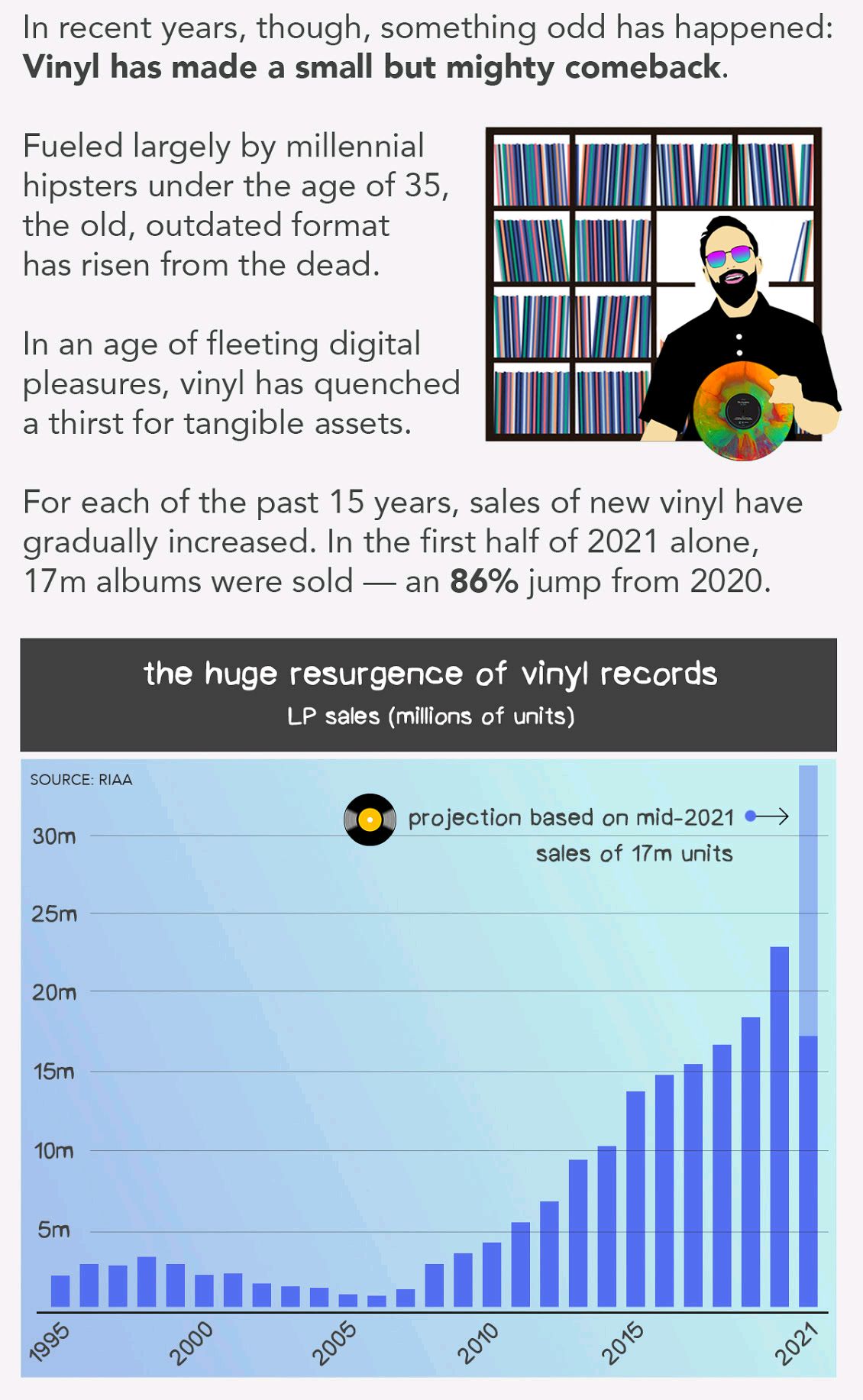 "…Of course, if I'm here with the Alexa or Echo, then I can play it that way. But there was something about having that device when you just went on a road trip and you just zoned out, or when I would go for a run, or I would go out and I'd be at a coffee shop writing, doing work, and had my ipod and making those mixes.…"

"…It's definitely in my dresser back home with my super old Nintendo DS, like, one of the really big chunky old ones, but I can't believe it's going away and it's getting discontinued. I also had an ipod Shuffle, like the really small brick square one that my mom and dad won at my swim team raffle when I was really young. And it had our swim team logo engraved on it, and it was red, and that was our swim team colors.…"

"…Maybe fall more and more in love with some of the bands that I was discovering. Some of those bands remain my favorite artists. So, yeah, I just have such fond. Your memories of the ipod really expanded my musical Horizons.…"

"…Am in the Yukon co op store, the bookstore, looking at all the ipods, and I look to my left and who is it but Gino Ariana, the coach of the Yukon women? And I was starstruck and Dumbfounded and all those multi syllabic words and had no idea what to say. And so I was just like, hey, you want one? Just break the glass. Terrific thing to say to the masterful coach of the Yukon women's basketball team. But that's my first ipod story.…" 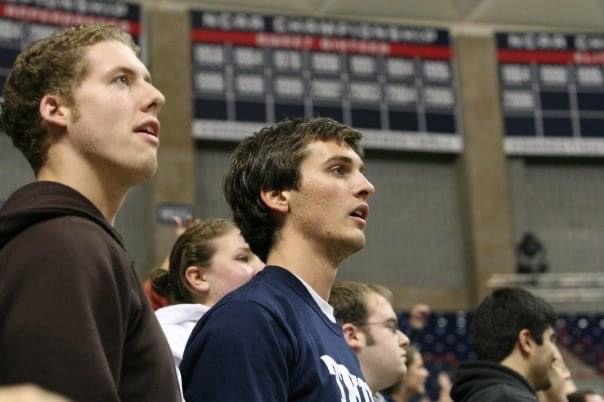 "…I deployed and it was maybe 200 songs. I had more room, but I didn't have anywhere to get more music. I knew the lyrics back in front to all. And every day I would roll out the gate and play my ipod. I would hook up to the meeting system, and we'd all hear the temptations. And Unfortunately, I did lose this ipod when I was medieval from where I was to a hospital. But I have fond memories. The ipod.…"

"…I love the swell cast. I or the swelling bead. So I remember when I was 16 I think actually maybe I was 15 and the very first ipod came out and I just. And it was so, so funny because the very first iPad, you didn't even have a picture. It just had like Dos style. I know you remember probably. But the green Gray screen with the black writing kind of similar to what are those little handheld Nintendo's?…"

"…But, yeah, I just remember sitting on the school bus, like, on my way to a field trip or something or like a cross country meet, and everyone had one earbud in whip their ipod clip on I Shuffle or whatever. Oh, my gosh. Memories, memories.…"

"…My first ipod was not the first ipod, but I think really close to the first one, like a second version. And I got it from my b*** mitzvah when I turned 13. And I remember finding it extremely difficult to use at first complicated until I finally figured it out and I got very comfortable and intimate with it and I took it everywhere with me in high school.…"

"…So I know there's new things out there but guess what's wrong with using something you already have. You paid money for it. Go ahead and put your money in your mouth. Put your music on it and listen to it so I don't see anything wrong with it. Have a black coin.…" 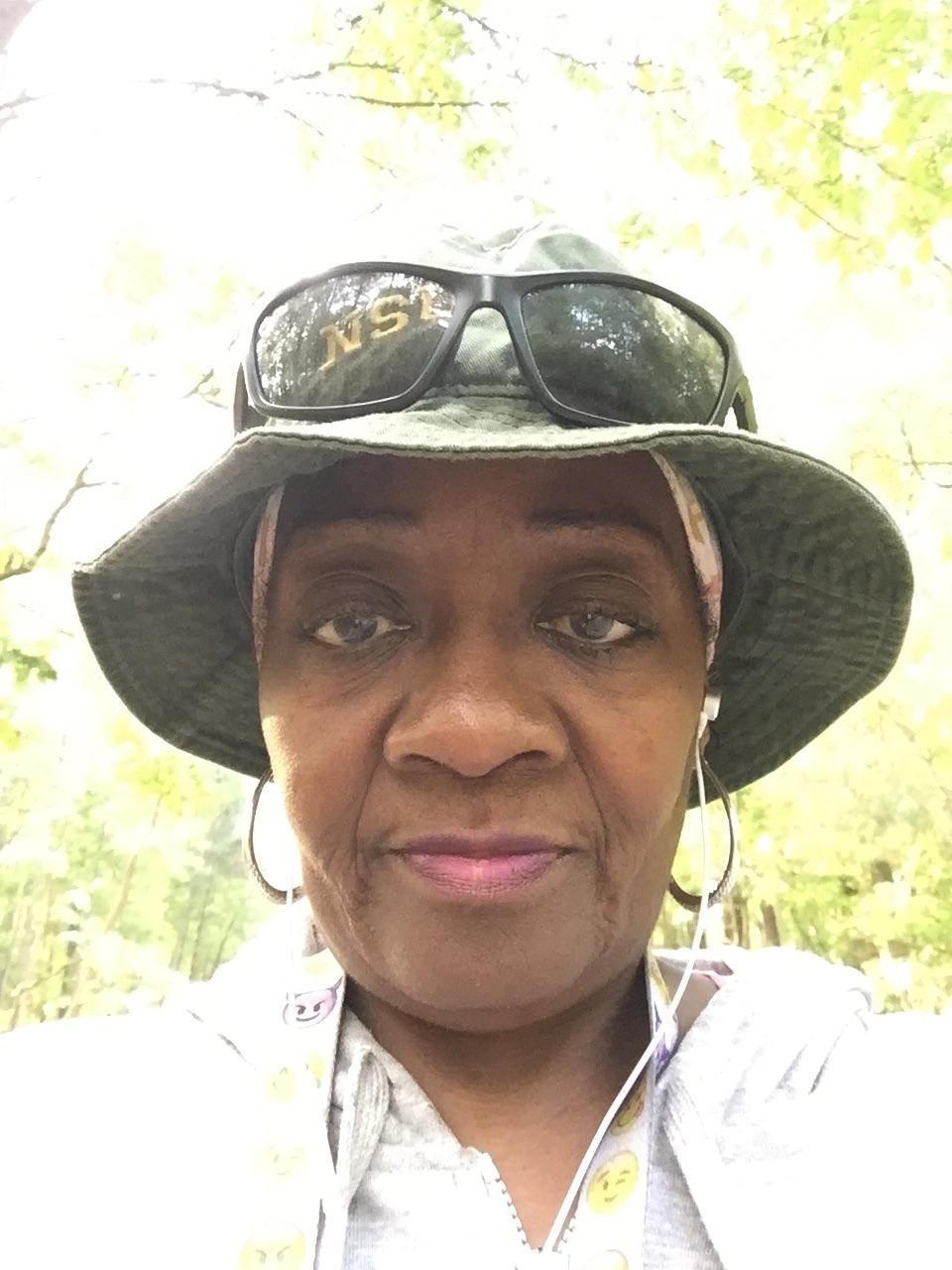 "…So it was kind of like a hassle, but I had, like 20 songs on it, and I would just listen to those songs on repeat with my headphones, and I just thought it was so cool. And then my mom got me an ipod Touch when I was maybe eleven or twelve. And that was kind of like a precursor to an iPhone for me. And the ipod Touch was really cool, too, because I could play, like, little video games and stuff on it.…"

"…Dang, this is kind of crazy. I remember getting my first ipod in. I want to say, like, maybe 7th Grace. And it was refurbished. And I like, bought it myself. It was $150, and I had saved up my money. I ordered it, and when it came in, I was so excited. And I bought an iPhone four case so that when I put my ipod in, it looked like I had an iPhone.…"

"…So I guess that's my memories. Vixit was our first couple of songs that were downloaded in itunes.…"

End of an Era: What are your memories of the iPod?